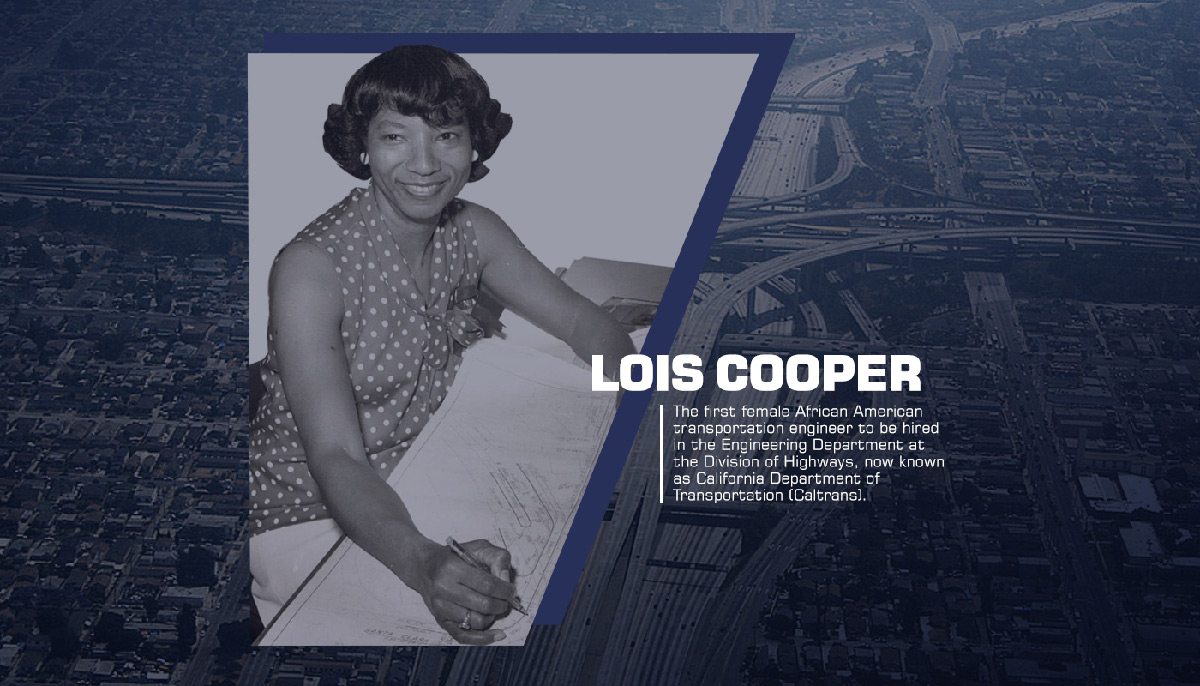 February finds us in Black History Month—a month dedicated to remembering the numerous contributions of African-Americans to the United States of America. Within the world of infrastructure, one such notable contributor is a lady by the name of Lois Cooper.

After initially starting her education in law, Lois moved to California to be closer to her family. In time, Lois returned to college but deviated from law studies and instead began exploring the world of mathematics. She quickly developed a love for numbers and soon distinguished herself as a skillful engineer.

In 1953, Lois became the first African-American engineer to work in what would become the California Department of Transportation. Eventually, she also became the second woman in the state to successfully pass the exam for the professional engineer license.

During her tenure, Lois was involved in the development of numerous highways including the San Diego Freeway, the Long Beach Freeway, and the Riverside Freeway. She also became the director of the First Diamond Lane which birthed the concept of high-occupancy vehicle lanes.

Throughout her lifetime, Lois invested herself in making America’s transportation infrastructure safer for all parties involved. She also devoted herself to stressing the value of mathematics and science in local schools, and often spent her weekends coaching young students.

InfraStripe prides itself on the belief that the safety of people is worth investing in. Lois Cooper is a fantastic example of one who invested her life in the education and advancement of highway safety.