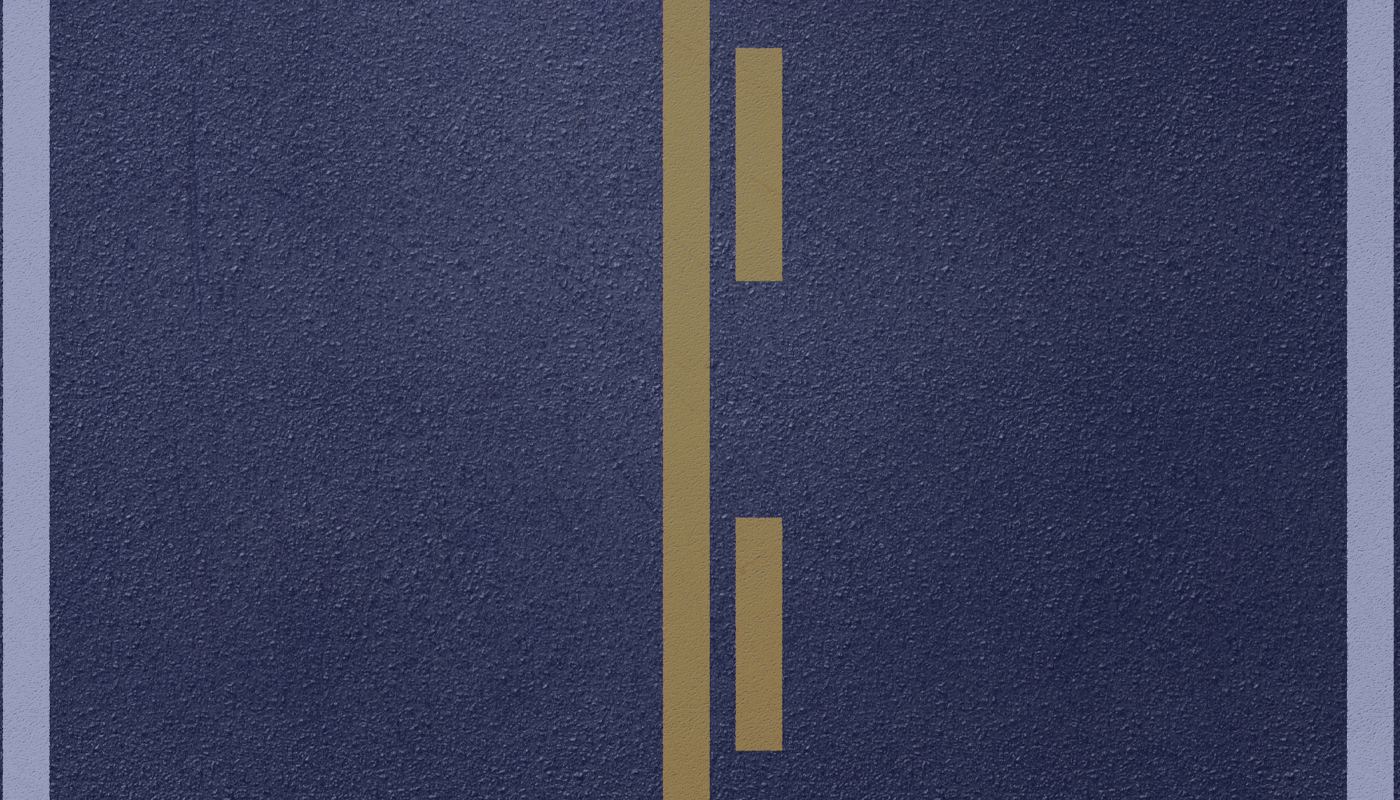 How Did We Get Here? A History of Road Markings

We are forward-thinkers and future-shapers. We value innovation, creativity, and strategy. We’ve found, however, that remembering where we came from and how we got to where we are now is one of the best ways to discover ideas and craft a vision for where to go next. No worries, though, we’re not going to launch into a full-fledged history of roads right here and now. After all, roads have been around nearly as long as humans have, and the science of road-engineering goes all the way back to the Roman Empire. (Those Romans were infrastructure champs!) Today, we’re going to review the much-more-recent history of road markings.

The first records of lined roads in the U.S. come from Wayne County, MI in 1911. According to some accounts, the Wayne County Board of Roads chairman Edward Hines found himself driving along behind a leaky milk truck. Watching the white liquid dripping along the surface of the road gave him the idea of painting a centerline down the middle of Wayne County roads to guide two-way traffic. Californians weren’t far behind in this development, and in 1917, both Michigan and California passed legislation to standardize centerlines on all “main roads.”

Across the country, the practice of road striping and lane division started to gain momentum, and when the first Manual on Uniform Traffic Control Devices (MUTCD) was published in 1935, it included the following national road marking regulations:

Over the following decades, road markings began to communicate a variety of traffic directives: passing zones, stops, crosswalks, parking designations, and more. Updates to the MUTCD helped guide and standardize the developments across the nation. Notable updates along the way include the 1962 edition which banned white centerlines and made yellow the centerline marking standard, the 1978 edition which mandated yellow edgelines be installed on rural highways, and the 1993 version which introduced minimum retroreflectivity levels for all road markings.

Today, many road markings aren’t made with paint! They are actually thermoplastic strips, applied to the road surface in a variety of ways depending on surface texture and local climate conditions. Glass beads and other aggregates are usually mixed into the paint or thermoplastic to provide retroreflectivity.

We are incredibly thankful for the safety improvements and developments in road marking over the past 100+ years, and we at InfraStripe are excited to innovate for the future.